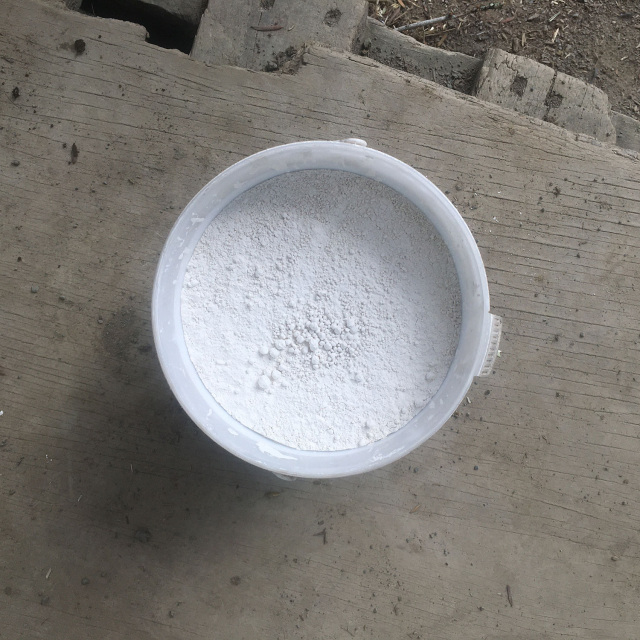 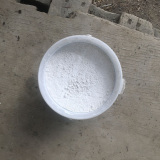 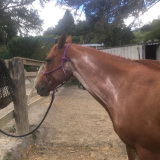 PLEASE NOTE: If you would like to buy more than 1 of this product, please contact us via phone or email so you don't have to pay for shipping several times.

Add to Cart
Mineral Magic - the science of silica ...
Totally organic and natural source of silica and sea plant minerals - for horses, in fact any animal, as well as people!
​
Let me tell you about Diatomaceous Earth - not just completely natural but certified organic, a food grade fine white powder that provide a supplement for horses (as well as other animals and people).

Diatomaceous Earth is fossilized fresh water algae deposits, once part of an enormous family called Diatoms are the largest group of plants known to mankind.  With more than just a few tricks up their sleeve they have several unique properties that you will find quite simply amazing.  An all family friendly, chemical free and non-toxic mineral from ancient times in the 21st century.

Diatomaceous Earth for your horses:
Supplementary feed at a rate of 2kg per 100kg of feed or 50 – 100 grams per horse per day.

What is Diatomaceous Earth:
Quite simply Diatomaceous Earth is the fossilized remains of ancient algal shells called Diatoms or Phytoplankton. Diatoms are the grass of the waterways of the planet.  Much in the same way grass is the staple food of land based herbivores. Diatoms (algae) are the foundation basis of all aquatic life and form the most plentiful group of individual species known to man.  There are more types of Diatoms in the world than all land plants combined.

The Diatoms living in the waterways absorb minerals and elements from water enabling them to ‘build‘ their tiny shells.  Consequently, the fossilized remains have captured and contain the some 15 trace minerals used to form the shell.  As they die the microscopic diatoms drop to the bottom of the waterways and form deposits of essentially marine sediment.

These sedimentary deposits are later mined, milled, dried and bagged creating Diatomaceous Earth or more commonly known as DE.   DE is widely used internationally for a host of industrial, agricultural and horticultural applications.

Just like all animal and plant groups there are many different species of Diatoms – potentially some 25,000 types world-wide.   Some Diatoms are salt water based, others are fresh water based.

Salt water based DE is generally used for industry as a filtration aid, paint and chemical additives.  This salt water form of DE is known to be harmful to humans and animals and should only be used for their intended industries.
Fresh-water DE is considered to be ‘Food Grade’ and has been shown to have a myriad of uses.   For a number of decades fresh-water or food grade DE has demonstrated to have excellent health benefits for mammals and plants when used correctly.

Some Surface uses of Diatomaceous Earth
Discourage fleas, ticks, mites and lice that can be a nuisance around the home as a result of household pets.  Apply thoroughly but lightly - DE is a desiccant which means it has a drying effect.

Dust DE in and around beds, within bedding, kennels, baskets, perches in and around the home where blood-sucking parasites may be present.  Pay particular attention to areas your pets spend a lot of time or parasites are likely to be. Apply regularly for best results.  It has been quoted that the fleas that you actually see are only 10% - 20% of the population.  Severe infestations may require additional natural control methods in conjunction with DE.
For inside pets, DE can also be sprinkled into your household carpet in light and even doses.  Leave for a couple of days before vacuuming.  Be cautious with the application, too much has been reported to clog up certain vacuum cleaners.

Applied to kitty litter boxes DE will assist moisture absorption, odour control and reduce attraction by flies.
Diatomaceous Earth will not harm mammals or your avian friends.  Avoid the eyes as DE will dry them out and be uncomfortable.

Areas that may benefit from drying out, such as hot spots and irritable areas can be dried with a light application of DE.

General use of Diatomaceous Earth
Diatomaceous Earth has a multitude of helpful and practical uses with pets - these are well documented on overseas websites. In New Zealand we cannot vouch for the authenticity or factual basis for these uses and suggest that customers assess their suitability for themselves. Unfortunately, in New Zealand due to the ACVM Act (Agricultural Compounds and Veterinary Medicines legislation) we are unable to claim the majority of these uses - technically.  The ACVM has re-classified DENZ's natural and organic Diatomaceous Earth as a Veterinary Medicine - something of and irony in itself!  DENZ is currently working on sorting that out!
Powered by